The Premier of British Columbia, Hon. John Horgan,  highlighted his government’s agenda for change in a message to IUOE Local 115 members on the occasion of the union’s General Membership Meeting. The meeting took place in Burnaby on March 17, 2018. The Honorable Harry Bains, British Columbia’s Minister of Labour, represented the Premier at the meeting and provided an update on the provincial budget and government priorities.

Mr. Horgan was the Local’s special guest at the March 2017 General Membership Meeting. At that time he was the Leader of the Opposition in the B.C. Legislature. 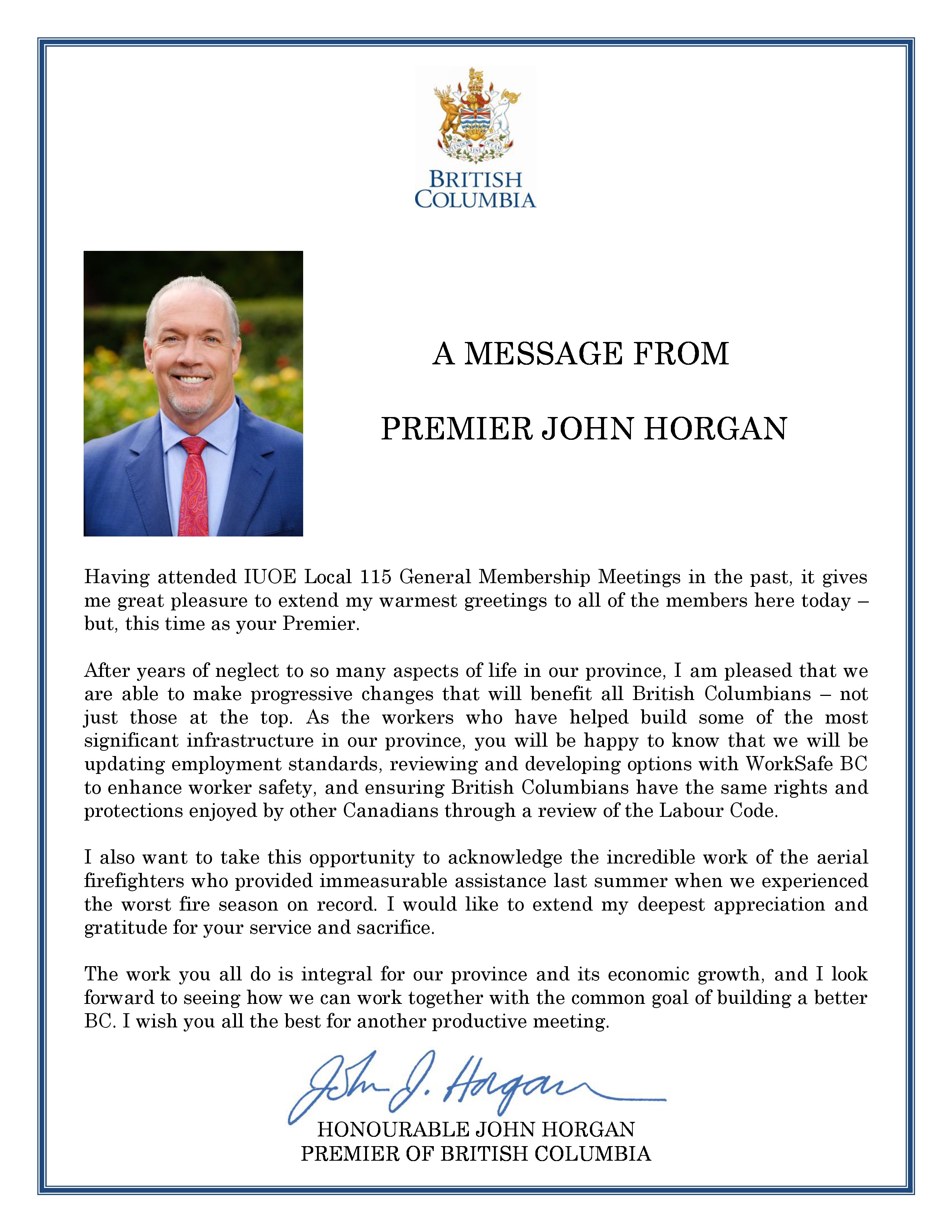