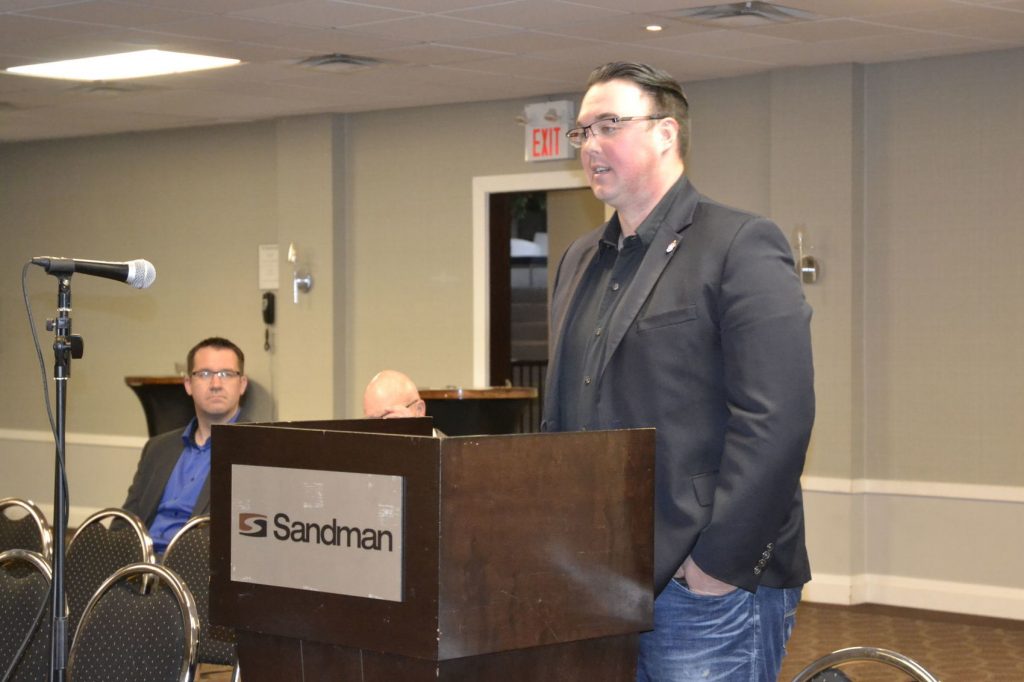 The union representing transit workers in the Central Okanagan wants succession rights to protect employees from being laid off if BC Transit were to change contractors.

“If BC Transit decides they don’t like the contractor they have today and they want to replace them, when they bring in a new guy, we don’t want to get laid off,” Gord Irish, a local transit worker representing the Amalgamated Transit Union, said at a Labour Relations Board hearing Monday in Kelowna. “I’d like to see the request for proposals contain the succession rights for the employees in the union contract.”

Irish was one of several people to present to a three-person panel that is reviewing B.C.’s Labour Relations Code.

“Another thing we’re battling with is to try and get the government superannuation program as a benefit package, rather than whatever our employer deems necessary to give us,” said Irish.

The panel is travelling across B.C., taking written and spoken submissions from people regarding the Labour Relations Code.

“The government appointed this panel to be an impartial panel to review the Labour Code, to look at what’s happened across Canada, to consider changes in the workforce, globalization, technology and all of the other things that have occurred over the last many years to make recommendations on the code,” said Sandra Banister, the panel member representing unions.

Bryan Railton, a representative with the International Union of Operating Engineers, spoke to the panel about anti-union employer campaigns and their effect on the rights of workers to organize in the unions.

He proposed reverting back to a card-check procedure, which would eliminate the requirement of a vote to join a union.

“Currently, even if the union signs up 100 per cent of the bargaining unit, they still have to wait 10 days to hold a vote, where the employer tends to ramp up their campaign to try and dissuade everyone for the vote,” said Railton. “We have seen situations where we’ve had significant support from the bargaining units fall apart because of those campaigns.”

After reviewing all the submissions from stakeholders, the panel will file a report with the Ministry of Labour stating what is needed to address workplace issues and concerns of employees, unions and employers, said Barry Dong, the panel member representing employers.

“The benefit of these consultations is that it allows us to hopefully get input that will allow us to file an informative report and recommendations for the minister of labour,” Dong said.