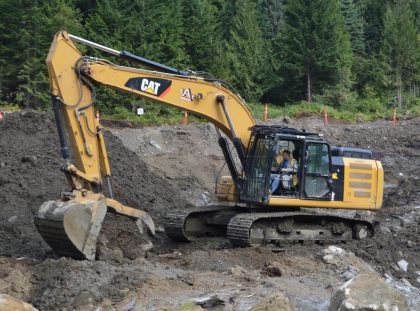 Premier John Horgan and the Government of BC are delivering key infrastructure projects under a Community Benefits Agreement.

The Agreement has come into force in the first phase of the Highway 1 Kamloops to Alberta Four-Laning Program. Work got underway in summer 2019 at Illecillewaet, east of Revelstoke.

Two upcoming projects in the BC Lower Mainland — the Pattullo Bridge Replacement and the Broadway Subway — are also to be delivered under the Agreement.

This is good news for workers and communities. The adoption of the Agreement in 2018 followed a year-long campaign by IUOE Local 115 and the BC Building Trades.

Send a message to the Premier 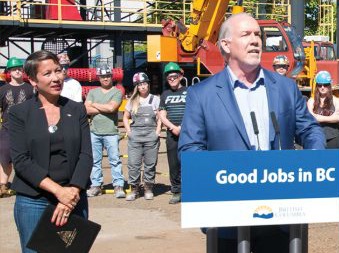 The BC Community Benefits Agreement will support:

Local Hire. Local workers and local companies are guaranteed a full and fair opportunity to benefit from government-funded projects, with a special commitment to hiring workers within a 100 kilometre radius of the construction site.

Indigenous Workers. Indigenous people will be given first priority for hiring and training.

Women in Trades. Women in trades and other disadvantaged groups will finally get priority in all hiring and training on government-funded projects.

Apprenticeship Opportunities. Projects will target an apprenticeship ratio of 25 per cent, variable on a trade by trade basis and in paramount consideration of workplace safety.

Union Wages. Every worker will be treated fairly and paid a union wage for their work.

Under the Community Benefits Agreement, any contractor in the construction industry can bid on and perform project work. The provision for union wages means workers will be paid fairly for their skills and be able to support their families. The agreement includes a no-strike, no-lockout clause, so there will be no labour disruptions for the duration of the project.

If you support the Community Benefit Agreement, here’s what you can do:

– Insert your name in the space above, under “Send a Message to the Premier,” and press “Send.”

–  Learn more by visiting the Government of BC website.

–  Encourage your co-workers and fellow union members to learn more.

Examples of how IUOE Local 115 campaigned for you:

Local 115 communicated the benefits of past project agreements, as on the John Hart Generating Station Replacement.

Anti-union business groups are fighting back.  IUOE Local 115 member Goretti Guilbault and Business Manager Brian Cochrane responded to some anti-union claims in a letter to the Vancouver Sun on August 13, 2018. They pointed out that Community Benefits Agreements will build BC’s skilled labour force for the future, partly because unions like Local 115 are the best skills trainers in the business.

“It only makes sense that government partner with those labour organizations that have led skills training initiatives and invest millions of dollars annually in partnership with construction contractors to ensure BC has the skilled workforce ready to meet pending demand.

“It’s time to get back to work on apprenticeships so we can build BC properly and train the next generation of workers we urgently need. Community Benefits Agreements will help get the job done right.” 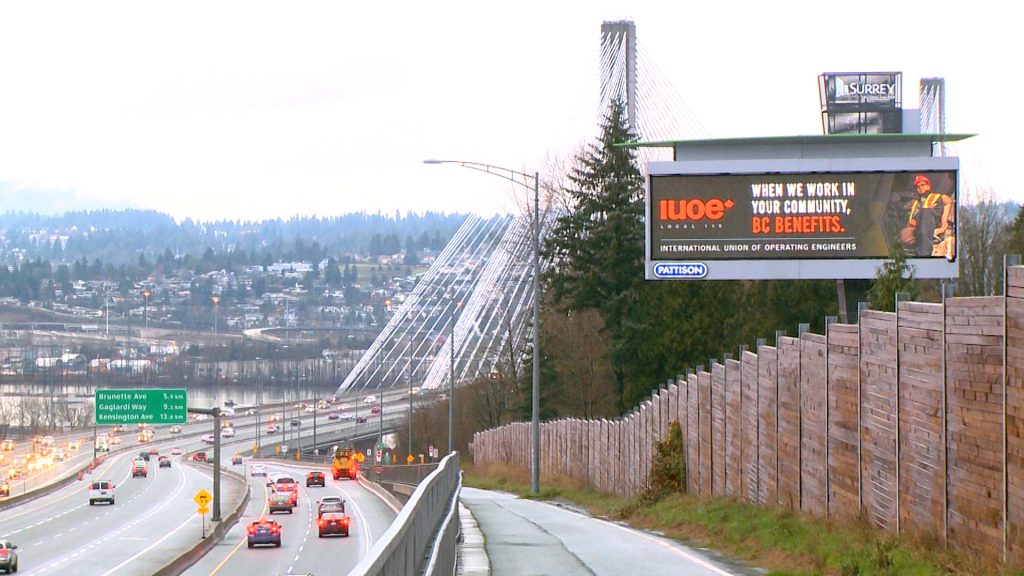