The Trans Pacific Partnership – where to from here?

In January 2018, the Government of Canada agreed to a free trade deal with 10 other Pacific Rim countries, including Japan, Vietnam, and Australia.

IUOE Local 115 and other Canadian unions are concerned. The new trade deal may bring an influx of temporary foreign workers who are not protected by our labour laws.

The CPTPP allows foreign companies to bid on Canadian projects and import cheaper employees. Canadian workers could be denied opportunities, despite being better qualified and available for work. It appears no Canadian tribunal will have jurisdiction over wages or hiring practices for temporary foreign workers. 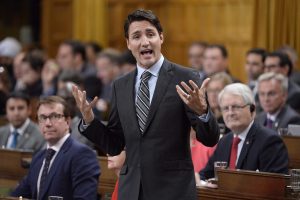 As IUOE Local 115 Business Manager Brian Cochrane and Manuel Alvarez pointed out in the Vancouver Sun in February, 2018, the signing of the agreement came at a time when HDD Mining was planning to bring 700 miners to B.C. from China on a temporary basis.

HDD is the same company that got into trouble in 2014, when IUOE Local 115 conducted a campaign to stop HDD’s importation of Chinese workers. The union argued successfully that there were plenty of qualified Canadian miners available. The federal Conservative government stepped in to tighten up the rules around the use of foreign workers, but it’s not clear that today’s federal Liberals will be able to enforce these restrictive rules.

Our union is also concerned that the TPP will reduce Canadian control over food safety, prescription drug pricing and environmental protection.

As a member of the BC Federation of Labour and the Canadian Labour Congress, the IUOE will monitor the effects of this agreement and hold the government of Prime Minister Justin Trudeau accountable for any damage to the interests of working families.