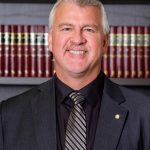 Well beyond construction jobs provided, the project will benefit the province’s environment and economy.

“We say that when it comes to the economic dimensions of the issue, it’s not a close call at all. Finishing the project is the hands-down winner.”
— Jim Quail, energy lawyer on BC Hydro Site C dam project, November 2017

There have been seemingly endless articles in The Tyee opposing BC Hydro’s Site C dam project since last fall — but almost nothing giving the view of construction unions or the majority of British Columbians who support the BC New Democrat government to continue building clean, green hydroelectric power.

And that is regrettable — not simply because balance is needed but because there are a great many positive results that will come from Premier John Horgan and his cabinet’s decision to continue with building Site C.

This project is pivotal to B.C.’s future — as it will provide enough electricity for 450,000 homes per year — an enormous benefit.

But rather than start with our union’s perspective as construction workers, let’s go to a document that we mostly do not agree with — the controversial Leap Manifesto.

In an Energy Policy article linked to the Leap Manifesto, professors Mark Jacobson and Mark Delucchi explain how the world could eliminate all fossil fuels and replace them with wind, water, and solar power by 2015. One of their conclusions: the world would need to build about 270 new 1,300-megawatt hydroelectric power plants.

Each one of those would be 200 megawatts bigger than Site C’s 1,100-megawatt capacity. And that’s the position endorsed by the Leap Manifesto, not BC Hydro or construction unions.

But when it comes to hypocrisy from those who criticize Site C, this is just the tip of the melting iceberg.

Let’s look at additional evidence that fortunately the NDP government considered carefully in making its decision.

And to be clear, it’s not simply about jobs for our union members, as important as that is, because Site C will provide power for a century but construction work only for a few years.

First, there was the $2 billion invested in Site C by the previous BC Liberal government prior to the May 2017 election. And had the project been cancelled, it would have taken an additional estimated $2 billion to remediate the construction work already completed and return the site to its previous state.

Spending $4 billion in total for no benefits would have been disastrous for taxpayers.

And claims that “sunk costs” don’t matter to government is ludicrous.

As energy lawyer and longtime public power advocate Jim Quail has argued in a paper commissioned by the Allied Hydro Council of BC — representing unions like ours involved in building dams for over 50 years:

“The question is whether it is a better idea to see it through, for all of its difficulties, or to blow the whistle, take it all apart, restore the site to its natural state, eat more than $2 billion in already spent or ‘sunk’ costs, hitting ratepayers with a bill totalling about $4 billion in return for nothing — a re-planted landscape — and then having to go shopping for other ways to meet our energy and capacity needs. And all of those other ways have their own risks, costs and uncertainties.”

Secondly, those who claim that energy sources like wind and solar are both less expensive and more effective that hydroelectric power are mistaken. They don’t look at real world examples like Germany, as Quail’s paper points out.

“While Germany, for instance, is often lauded for increasing its reliance on wind generation, this has forced it to burn more coal to fill the holes, so to speak, when the wind resource is not available.”

In fact, while Germany has nearly doubled renewable energy production since 2009, it has not reduced its CO2 emissions during the same period of time.

Because you need dispatchable power from alternative sources when the weather is literally bad — not enough wind or sun to provide the required energy for regular use.

The very best dispatchable power source is the one B.C. already has in abundance — clean, green hydroelectric power — and will have more of for 100 years, once Site C is operational.

Germany’s example of overreliance on wind and solar shows why Site C is such a good option.

“Renewable is there. And when it is all working and running then there is plenty to go round. But the problem is how to safely provide electricity over 24 hours each day,” says Thoralf Schirmer, spokesperson for Lausitz Energie Kraftwerke AG, which owns a German coal plant. “That is not possible with renewable today. And that’s why you need support from conventional energy suppliers and in particular domestic brown coal.”

And if coal power is eliminated, the alternative is not alternative wind or solar power — it’s natural gas, another fossil fuel that produces greenhouse gases.

While Germany has made no progress reducing GHGs, despite increasing alternative energy growth, here in B.C. the cleanest source of power is denounced by some.

Unfortunately, Andrew Nikiforuk — a persistent Tyee critic of Site C — and others have claimed that Site C and other dams are environmentally bad.

Wrong. Even forgetting about the Leap Manifesto endorsement of a huge increase in large dams or the obvious comparison with coal, natural gas or nuclear, the evidence is clear that hydroelectric power is clean and green — and urgently needed.

As the Union of Concerned Scientists concluded:

“If constructed and operated in a manner that minimizes environmental and cultural impacts, hydropower projects can provide low-cost, clean sources of electricity to urban and rural areas throughout the world. Harvesting the power from our rivers can be part of a smart and diverse set of solutions for reducing our dependence on fossil fuels, and the impact they have on our climate and public health.”

Some will question the “cultural impacts” issue, based on some First Nations’ objections — and there is no question there are those who do not agree with Site C, as is their legal and democratic right.

But our union is working closely with many First Nations and their members who want to gain the skills and apprenticeships in building trades jobs that will be working on Site C and preparing a new generation of workers with the training they need for a lifetime career.

Our targets are to achieve 25 per cent apprentices working on the Site C job site over four years, with a significant number of First Nations workers employed.

Other First Nations have signed community benefit agreements with BC Hydro, while those who object have gone to the courts and to date have not won a single judicial decision in their favour.

Let’s be clear — hydroelectric dams like Site C definitely have some negative environmental and social impacts.

No one can be pleased that some local homeowners will lose their property to allow the dam to proceed, but that is unfortunately the cost of providing all British Columbians with a massive amount of power for 100 years and dramatically reducing GHG emissions. Expropriations for the public good are a fact of life and those affected should obviously be fairly compensated.

But in a world increasingly needing clean, green power to run electric cars and buses, operate factories, light and heat our homes, operate our computers, cellphones and tablets and decrease our dependence on all fossil fuels, Site C will be invaluable for a century.

And that’s why our union and others strongly support Site C — because it will be important to our economy and environment for many decades after the last of our members packs up their tool belt and heads off to another project.

Brian Cochrane is business manager of the International Union of Operating Engineers Local 115, one of the unions whose members will be working on construction of BC Hydro’s Site C dam.