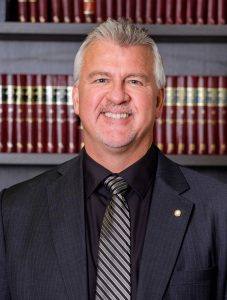 An April 19 letter to the editor, “Why aren’t union leaders speaking up about NDP killing jobs?”, claimed that the B.C. labour movement isn’t doing enough to protest against the loss of large projects such as the Kinder Morgan pipeline expansion.

As business manager of the International Union of Operating Engineers Local 115, representing thousands of skilled trades construction workers across B.C., I know that the allegation is false. The truth is that Premier John Horgan’s B.C. New Democrat government is creating lots of jobs, not killing them.

Our union has always been a strong advocate for good union construction jobs that support families and help build communities, and we applaud the government for these initiatives.

But it’s not just the B.C. NDP government that’s creating jobs — its unions like ours as well.

Isolating a few controversial projects without looking at the loud and unequivocal support that unions like the IUOE have given to billions of dollars of private-sector investments — for the construction of the B.C. liquefied natural gas industry, metallurgical coal mining and the mining industry generally — is ridiculous.

We publicly made our support known in the media, community forums and every level of government for dozens of projects in recent years.

We also took the lead in protecting B.C. jobs and challenging companies who want to access B.C. resources while exploiting temporary foreign workers to build projects.

I doubt the letter writer complained when our union and the Labourers’ International Union took on HD Mining, the coal-mining company intent on only hiring Mandarin-speaking Chinese foreign nationals for its new coal mine in northeast B.C.

Thanks to our unions’ intervention at the Federal Court, the then-Conservative government was forced to make significant changes to restrict the use of temporary foreign workers, a major victory for all Canadian workers, union and non-union.

And when the Royal Bank of Canada announced plans to outsource Canadian technology workers’ jobs to India, our union and others threatened to pull our substantial pension plan and other investments handled by RBC if they proceeded, which they wisely did not.

So it’s more than a little insulting for someone to say we don’t fight for and protect jobs in this province and country.

The fact is, we work with many private sector companies to find ways to ensure existing jobs continue and new jobs are made possible by co-operation.

What’s more, many projects these days need social license — not just a mandate from the prime minister or a premier. Citizens, indigenous people and local communities all increasingly have a voice.

And so it should be. Our union works closely with First Nations communities to help find training and education for skilled trades jobs. We advance women in trades as well, changing traditional roles in the construction workplace.

Our union and other building trades unions also provide apprentices urgently needed in so many workforces, with training facilities like our Maple Ridge heavy equipment centre that are second to none.

On Kinder Morgan, we have real problems with a company that is refusing to hire the most experienced construction workers on this project, which must be built with safety first, not profits.

Unions like ours are active every day advocating for new projects and helping bring the best value for construction investments to B.C.

With the B.C. NDP commitment to billions of dollars in public projects and its support for many private projects ahead of us, we look forward to supporting these jobs and investments, building B.C. to the highest standards and providing the best value.

Brian Cochrane is business manager of the International Union of Operating Engineers Local 115.