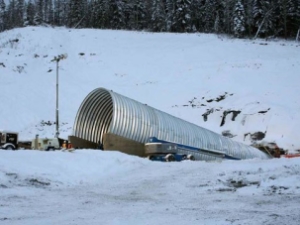 In the midst of controversy, 30 Chinese nationals will arrive shortly in Tumbler Ridge to begin work in HD Mining’s exploratory mine, as reported by the Globe and Mail.

This is the first contingent of some 201 workers who were granted Temporary Foreign Worker visas in 2012, which sparked off a lengthy court battle between Ottawa and IUOE Local 115 and the Construction and Specialized Workers’ Union Local 1611. The case was ultimately overturned and the visas granted, but not before the media exposed many misgivings and inadequacies in the TFW program.

IUOE Local 115 has always been of the position that it supports the use of temporary labour; but only where reasonable and following due diligence. Where local skills exist, wages are set fairly, and no language limitations are placed on the hiring profile, employers should be free to source their skills appropriately.

However, HD Mining’s choice to directly source their entire workforce from China and circumvent all of the above requirements desecrates everything the Canadian skilled workforce has fought long and hard for, as well as what the TFW program is supposed to stand for.

While these 30 workers are expected to be allowed to continue their work in peace, the spotlight will undoubtedly be on them and HD Mining as they begin their jobs in the coming weeks – jobs which many local residents feel cheated out of.