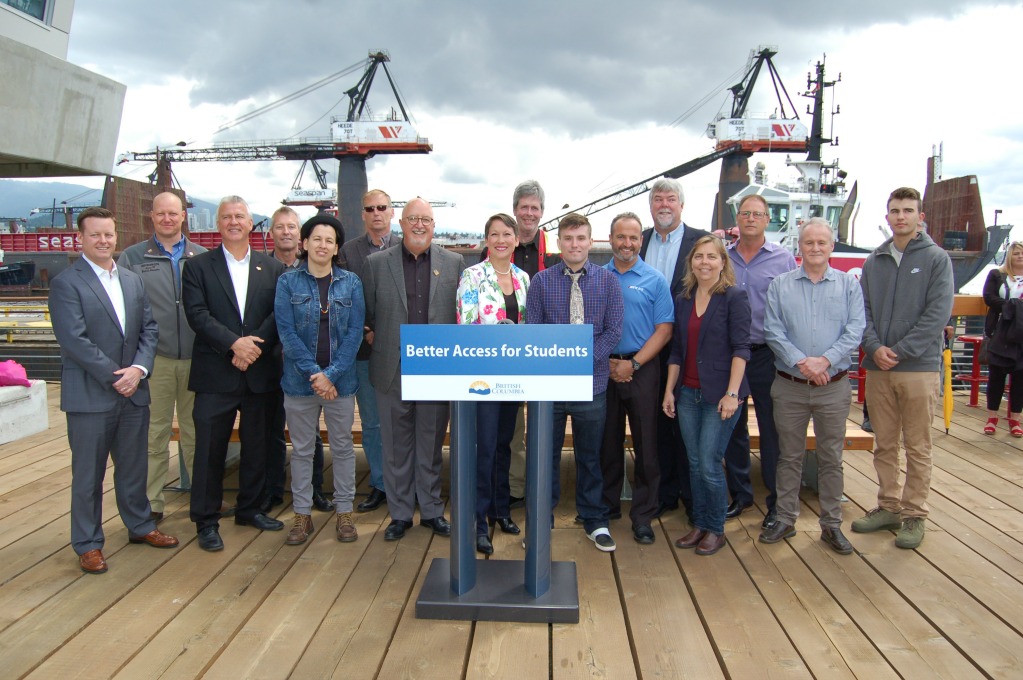 Former youth in care are being given another key to unlocking their full potential thanks to increased access to the construction trades training delivered by B.C. ‘s union training providers.

In September 2017, Premier John Horgan announced that tuition would be waived for former youth in care at all 25 public post-secondary institutions in the province.

Effective July 1, 2018, the government is extending the tuition waiver program to include union trainers in the construction trades, including the International Union of Operating Engineers Local 115 Training Association. The IUOETA operates a state-of-the-art training facility in Maple Ridge.

“We’re building on our tuition waiver program by providing former youth in care with even more opportunities to pursue a career in the building trades,” said Melanie Mark, Minister of Advanced Education, Skills and Training.

“The International Union of Operating Engineers is active in construction across B.C., and we play a big part in training and workforce development in every  region,” said IUOE Local 115 Business Manager Brian Cochrane. “We’re very pleased to work with the government on improving access to training for former youth in care.”

Union trainers are accredited by the Industry Training Authority, which provides union trainers with $2.6 million each year to provide 1,600 trades training seats.

The expanded tuition waiver is for former youth in care students, who are either taking a foundation program or apprenticeship training through a union trainer.